1. The Seven Tongues of Flame: Ireland’s Easter Rebellion of 1916


How can musicians and poets achieve military goals? During the five centuries that Ireland was controlled by the British Empire, numerous military rebellions were attempted – often failing and resulting in great bloodshed. The Easter Rebellion of 1916 was much different. This time poets, singers and writers led the effort to liberate Dublin on a significant and symbolic Christian holiday of rebirth. Their efforts inflamed the passions of the Irish people, sparking a five-year struggle that ultimately resulted in Ireland achieving independence in 1921. In this inspirational presentation, musician and historian Hank Cramer will share how visionary poets achieved a goal that no military commander before them had been able to accomplish. Their victory was later commemorated in the popular ballad, “The Foggy Dew.”

Wilson Cramer served in the Union Army throughout the Civil War, rising from private to first sergeant. He fought in several major battles and was present for the surrender at Appomattox. Although Cramer survived the war unscathed, one of his brothers was killed and three others were wounded. The war so affected him that he spent the remainder of his life as an itinerant preacher, committed to salvation rather than destruction. In this presentation, musician Hank Cramer dramatically represents his great-grandfather, Wilson, in his later years (circa 1890). Cramer will share the story of the Civil War through his ancestor’s experiences, his thoughts on the causes of the conflict, and the lessons he received in the war. The presentation will highlight these stories with songs of the era, as Wilson Cramer was an accomplished musician, much like his great-grandson Hank is today.


An acoustic blend of folk and country music popular with all ages.  Take a look at his website for more info http://hankcramer.com/ .


About Hank Cramer
Hank Cramer is a musician, historian, and educator. He weaves music and history into his presentations, and provides insight into the “folk process” by which traditional songs have evolved. As a vocalist and guitarist, he has built a repertoire of more than 1,000 modern and traditional songs spanning the “folk music” genre. Cramer holds a history degree from the University of Arizona. He has released several albums of music and earned accolades from public radio affiliates spanning the Pacific Northwest, Texas, and the Midwest.


Posted by Whitman County Library at 2:47 PM No comments:

Posted by Whitman County Library at 4:37 PM No comments:

Posted by Whitman County Library at 4:34 PM No comments:

Whitman County Library is offering free basic computer skills assistance. This includes everything from, Microsoft Word and Excel, to setting up an email and social media accounts, to typing a letters, building address books, or using library resources and Rural Heritage. The library can also help you started with free online classes through Microsoft IT Academy which are tailored to your skill level and pace. Upcoming classes at community libraries are as follows:


This program is made possible thanks to the Technology Made Easy Grant funding provided to the Washington State Library by the Bill and Melinda Gates Foundation. Pre-registration is encouraged but not required. Call (509) 397-4366 and ask for Sarah McKnight. 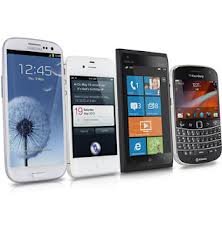 Posted by Whitman County Library at 9:13 AM No comments: